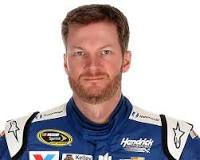 Not really but with Dale Earnhardt Jr announcing his retirement at the end of the year it is going to seem like it to his fans, It does not surprise me as I don’t think he ever fully recovered from his concussion, sure he passed all the tests but a sliver of a second on the track cannot be tested for. I am not saying he lost his ability to drive a NASCAR just slipped a bit and that sliver of a second is what separated him from the rest. I think he will start his own cup team and drop his JR motorsports.  he may receive some broadcast offers but I see him staying close to his roots and being active in the sport.

I think Jimmy Johnson is not far behind on the retirement trail depends on how bad he wants # 8 title. He is still in contention at every race and a lot of this is due to Chad Knaus and the rest of his team.

We will, probably see a few other drivers contemplate giving up there helmet as the older drivers can hear hoof beats of the younger drivers